Click here to read about the changes to the site

Quote of the Day

Depend on the rabbit’s foot if you will, but remember it didn’t work for the rabbit.

This Day in History

October 19, 1987:  Stock markets have the largest ever one-day crash on “Black Monday.”  The largest ever one-day percentage decline in the Dow Jones Industrial Average comes not in 1929 but on October 19, 1987.  As a number of unrelated events conspired to tank global markets, the Dow dropped 508 points – 22.6 percent – in a panic that foreshadowed larger systemic issues.

Confidence on Wall Street had grown throughout the 1980s as the economy pulled out of a slump and President Ronald Reagan implemented business-friendly policies.  In October 1987, however, indicators began to suggest that the bull market of the last five years was coming to an end.  The government reported a surprisingly large trade deficit, precipitating a decline in the U.S. Dollar.  Congress revealed it was considering closing tax loopholes for corporate mergers, worrying investors who were used to loose regulation.

As these concerns grew, Iran attacked two oil tankers off of Kuwait and a freak storm paralyzed England, closing British markets early on the Friday before the crash.  The following Monday, U.S. investors awoke to news of turmoil in Asian and European markets, and the Dow began to tumble.  Further compounding the crash was the practice of program trading, the programming of computers to automatically execute trades under certain conditions.  Once the rush to sell began, matters were quite literally out of traders’ hands and machines escalated the damage to the market.

Despite looking like the beginning of another Great Depression – the L.A. Times’ headline read “Bedlam on Wall St.” while the New York Daily News’ simply read “PANIC!”  – Black Monday has been largely forgotten by Americans not versed in financial history.  As it would again in 2008, the federal government took a number of measures to “correct” the market, resulting in immediate gains over the next few weeks.  By 1989, the market appeared to have made a full recovery.  Some now interpret the events surrounding Black Monday as proof that boom-and-bust cycles are natural and healthy aspects of modern economics, while others believe it was a missed opportunity to examine and regulate the kind of risky behaviors that led to the crash of 2008.

Total rainfall for the season  –  .32 inches

Here’s a short video from our friends at the RE Source that discusses the housing market increasing another 16% in 2022.  Wha…what??  If we continue at our current pace of new listings (only 11 thus far in October – two of which are land parcels), I don’t doubt it.

There are two new listings on the market:

Finally, this isn’t Ojai-related but we have a new listing on the market in Ventura at 1267 Chalmette Avenue.  We’ll be holding an open house on Saturday from 1:00 to 4:00 p.m.

There are no new listings for today.

There is one new listing on the market:

Another nice bout of rain this morning!  Here’s the list of things to do in Ojai.

There are no new listings on the market, but here’s a “new” property that sold before it was listed in the MLS:

Congrats to our clients/sellers, who closed on the sale of their home at 96 E. Short Street!

There are no new listings on the market since I last checked in on Tuesday, but there is one “new” property that sold before it was listed in the MLS:

What an amazing evening of thunder, lightning, and rain yesterday!  What’s most surprising to me is that my dogs aren’t the slightest afraid of thunder.  Just a tip if you have dogs that shake and tremble during thunderstorms; have them lay down and then put a heavy blanket over them.  I used this technique with great success with some of my previous dogs.  Give it a shot! 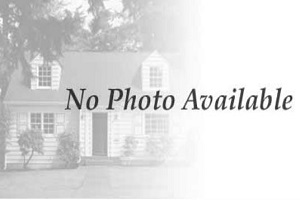 No new listings have come on the market since Friday, but I want to offer congratulations to our clients/buyers who had their offer accepted on 704 Palomar Road!

Congratulations to our client/buyer who closed on their home at 1885 Maricopa Highway!

A quick update on recent new listings:  We saw 48 new listings come on the market in September, compared to 42 in August.  We still don’t have enough inventory (and haven’t for years)!

There are three new listings on (or coming to) the market:

Happy October, and have a great weekend!